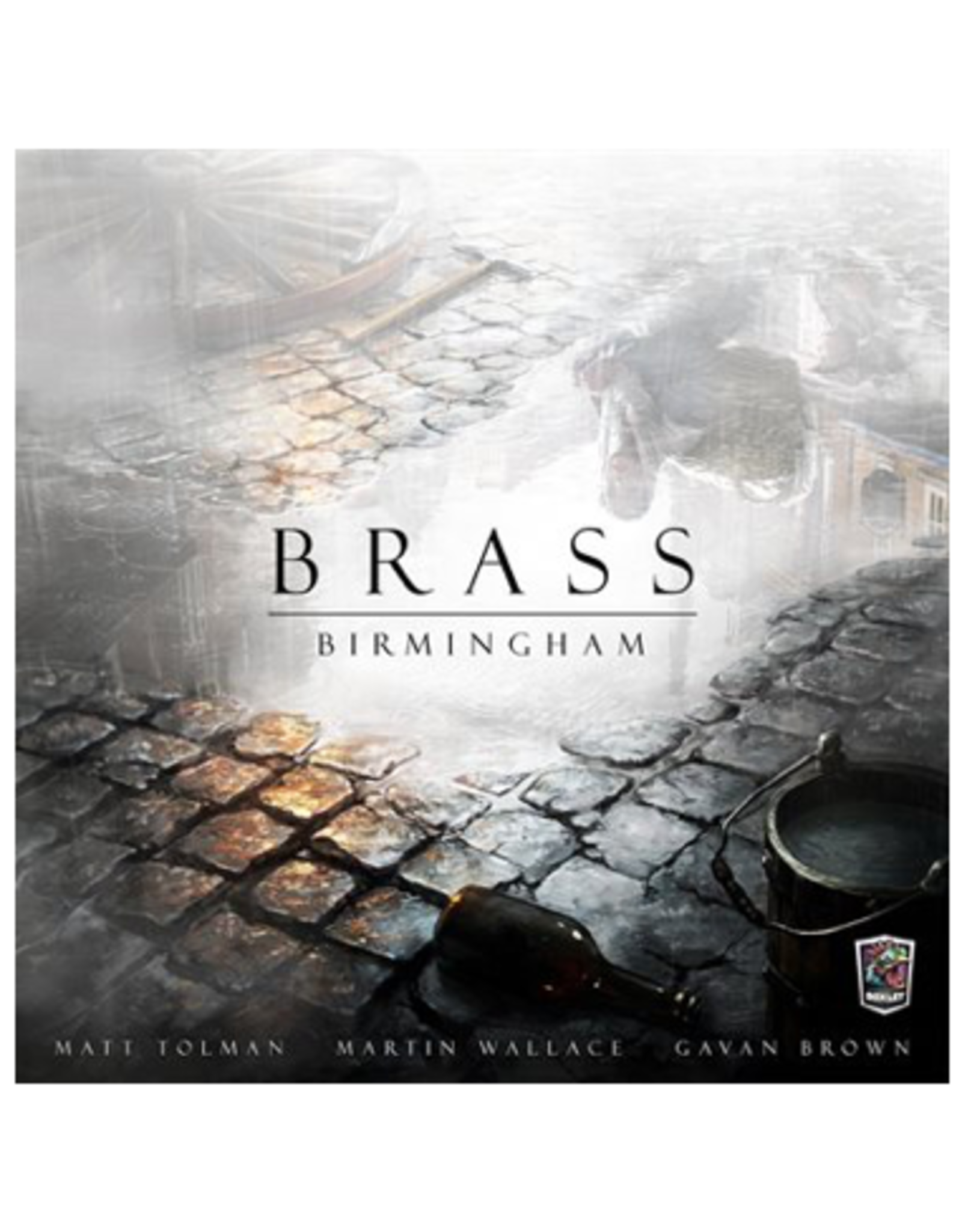 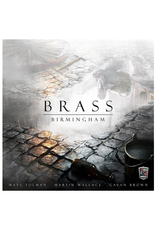 Brass: Birmingham is an economic strategy game sequel to Martin Wallace' 2007 masterpiece, Brass. Birmingham tells the story of competing entrepreneurs in Birmingham during the industrial revolution, between the years of 1770-1870.

As in its predecessor, you must develop, build, and establish your industries and network, in and effort to exploit low or high market demands.

The game is played over two halves: the canal era (years 1770-1830) and the rail era (years 1830-1870). To win the game, score the most VPs. VPs are counted at the end of each half for the canals, rails and established (flipped) industry tiles.

Birmingham features dynamic scoring canals/rails. Instead of each flipped industry tile giving a static 1 VP to all connected canals and rails, many industries give 0 or even 2 VPs. This provides players with the opportunity to score much higher value canals in the first era, and creates interesting strategy with industry placement.

Brewing has become a fundamental part of the culture in Birmingham. You must now sell your product through traders located around the edges of the board. Each of these traders is looking for a specific type of good each game. To sell cotton, pottery, or manufactured goods to these traders, you must also "grease the wheels of industry" by consuming beer. For example, a level 1 cotton mill requires one beer to flip. As an incentive to sell early, the first player to sell to a trader receives free beer.

Manufactured goods - Function like cotton, but features eight levels. Each level of manufactured goods provides unique rewards, rather than just escalating in VPs, making it a more versatile (yet potentially more difficult) path vs cotton.

Pottery - These behemoths of Birmingham offer huge VPs, but at a huge cost and need to plan.

Increased Coal and Iron Market size - The price of coal and iron can now go up to $8 per cube, and it's not uncommon.

Brass: Birmingham is a finely brewed sequel to one of history's most industrial economic games. It offers a very different story arc and experience from its predecessor. Many of the tried and true strategies of the original are no longer as powerful as they once were, and other interesting new strategies are waiting for you to discover.