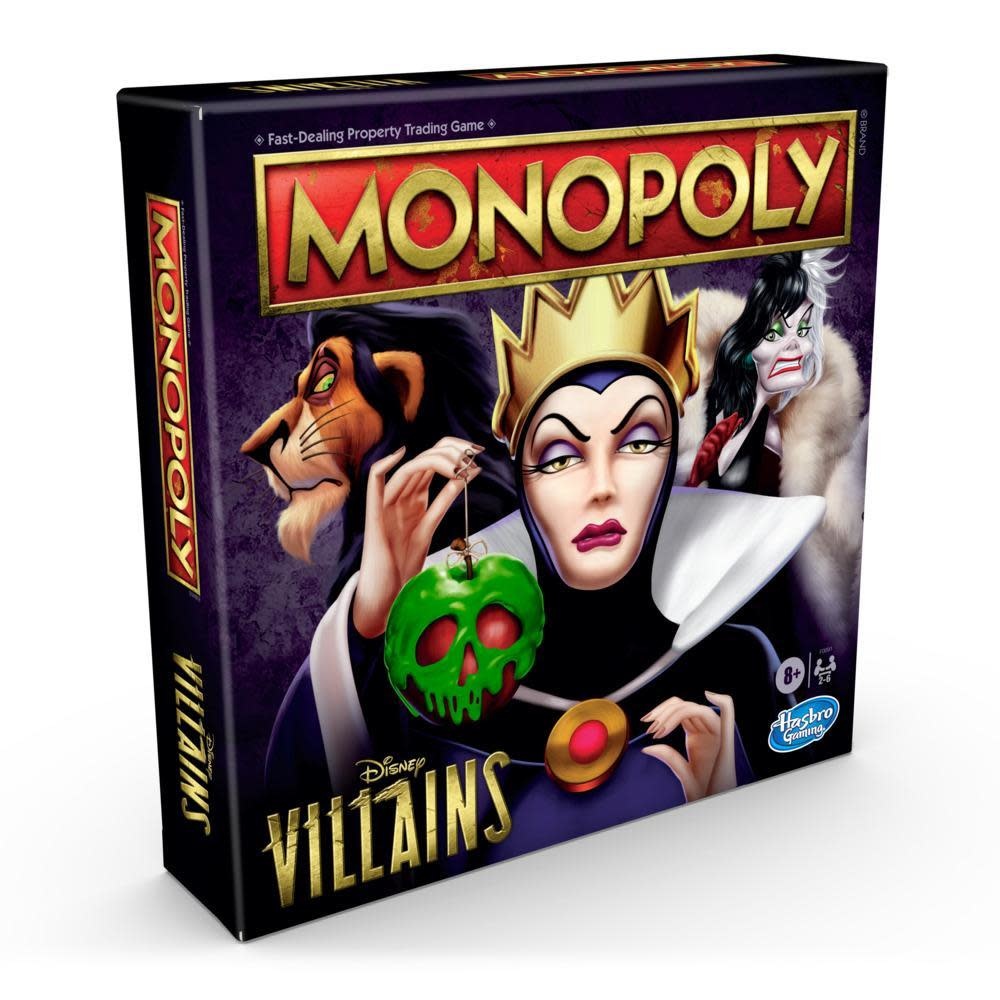 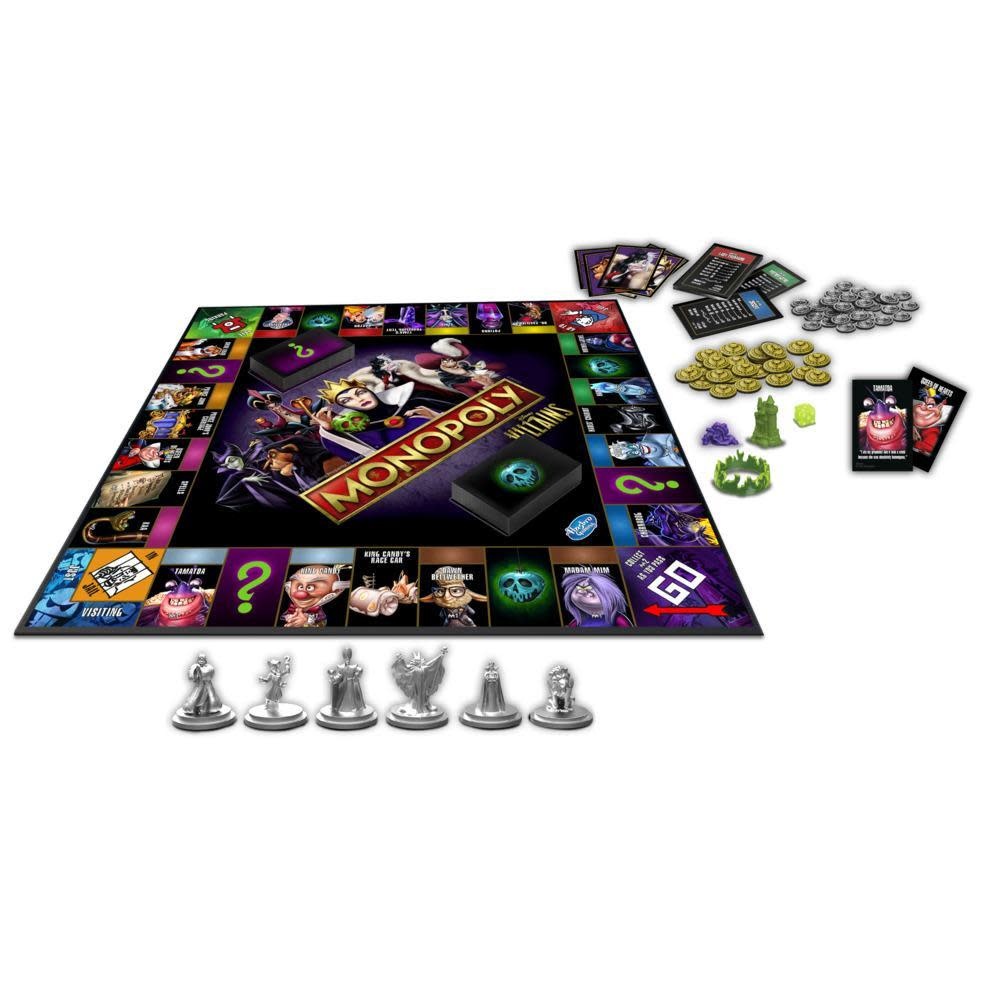 Imagine classic Disney Villains stealing, scheming, and competing to see who is the most evil of all! In this Monopoly Board Game: Disney Villains Edition, players travel around the board using a Villain token and play as Cruella, Jafar, Scar, Evil Queen, Maleficent, or Hook. The more Villains a player hires, the more rent they'll be able to collect. Activate a character's special ability by acquiring the Flames of Power ring, change gameplay with Poison Apple cards, and advance on the board by landing on a Vehicle space. The last player with money when all other players have gone bankrupt wins!

MONOPOLY GAME: DISNEY VILLAINS EDITION: Disney fans can enjoy playing this edition of the Monopoly board game that features the classic Villains seen in Disney movies
VILLAIN TOKENS: Play as a favorite Disney Villain: Cruella, Jafar, Scar, Evil Queen, Maleficent, or Hook. Each character has special ability depicted on their Power card
POISON APPLE CARDS: The Monopoly Game: Disney Villains Edition includes Poison Apple cards that give players an advantage such as stealing coins and properties, and placing free Thickets
VILLAIN CONTRACTS: Players hire the most famous Disney Villains they can as they buy and sell Villain Contracts instead of locations
FLAMES OF POWER: When players pass GO they can put the Flames of Power ring on their token and use the special ability shown on their character's Power card