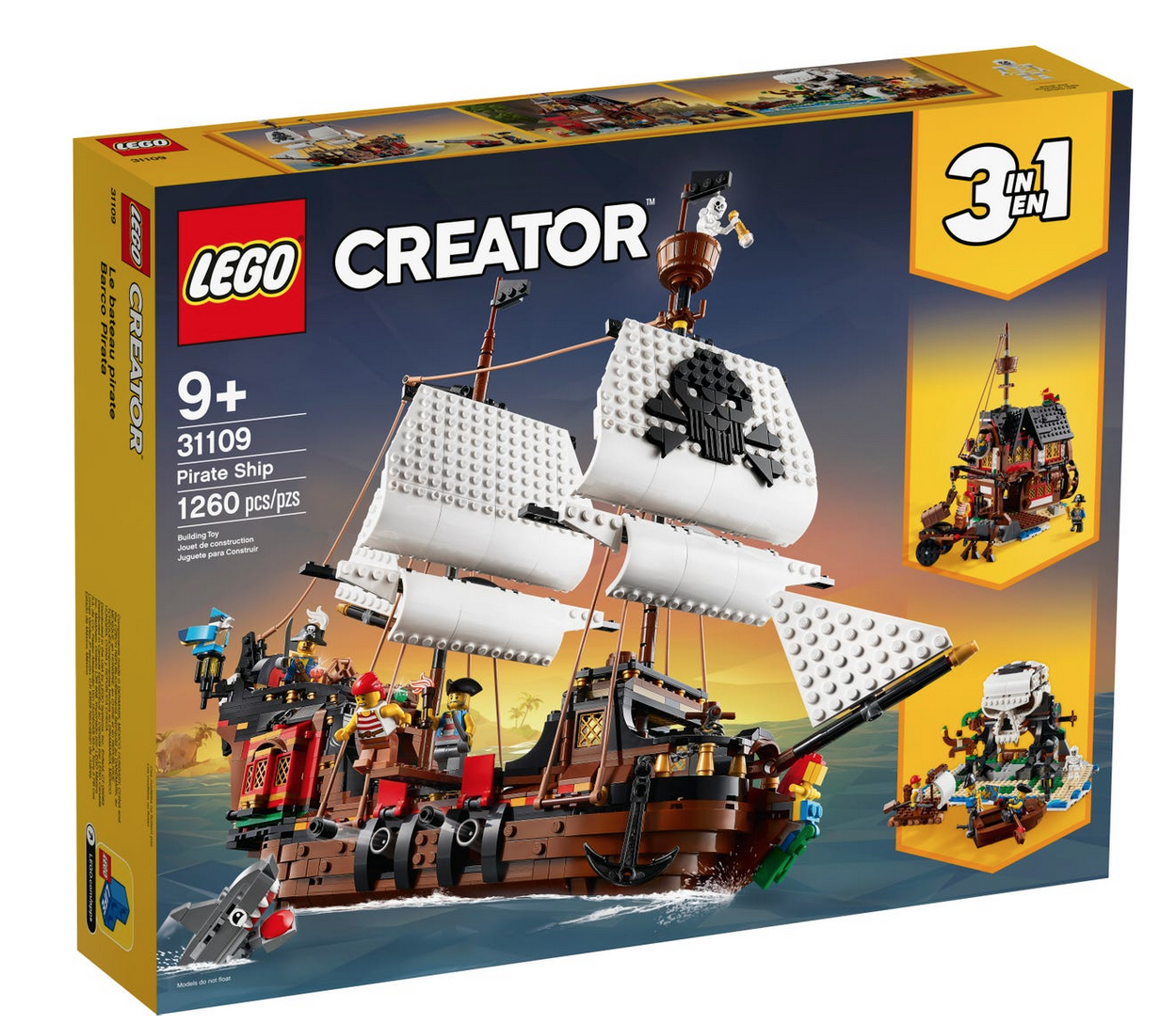 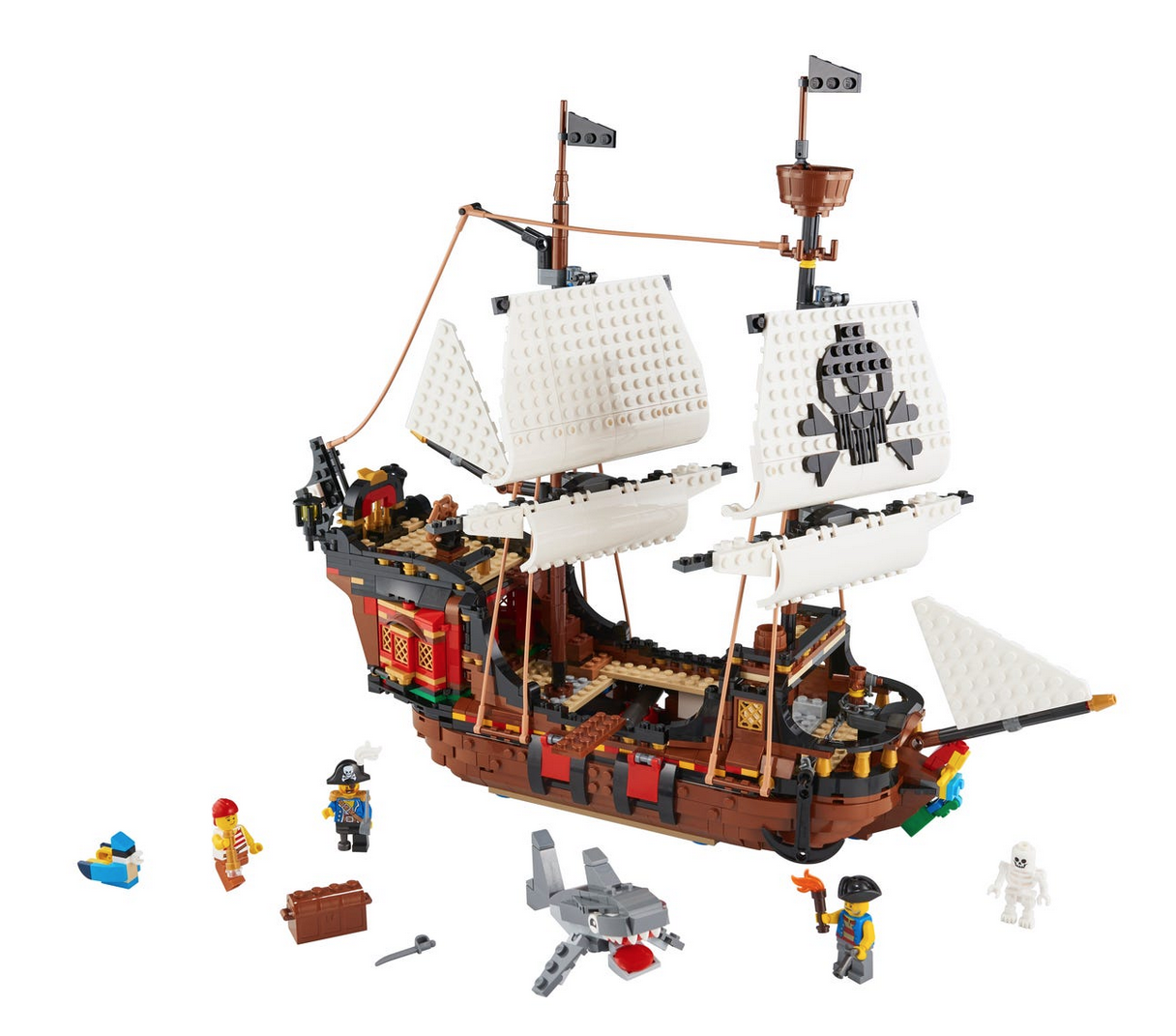 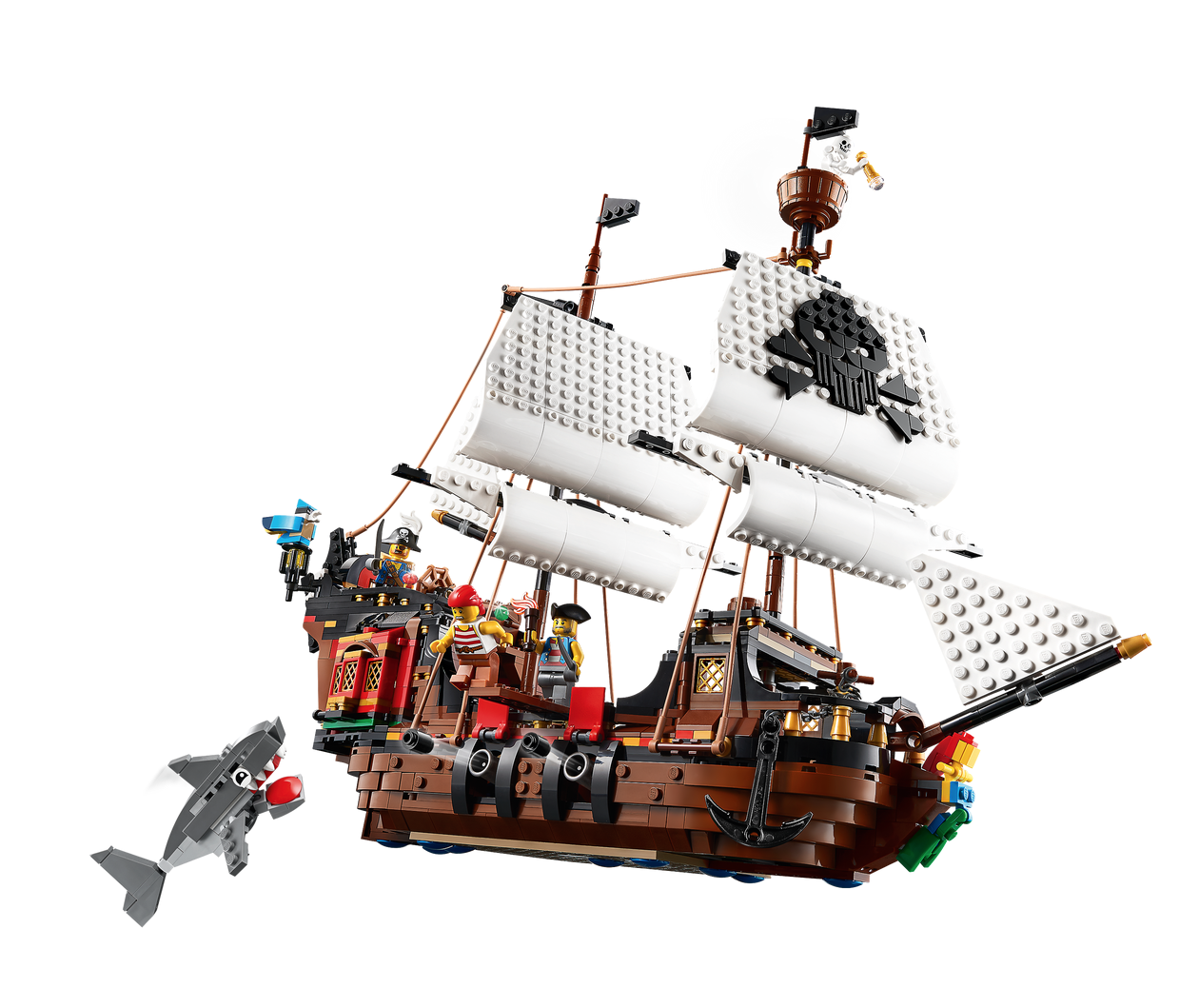 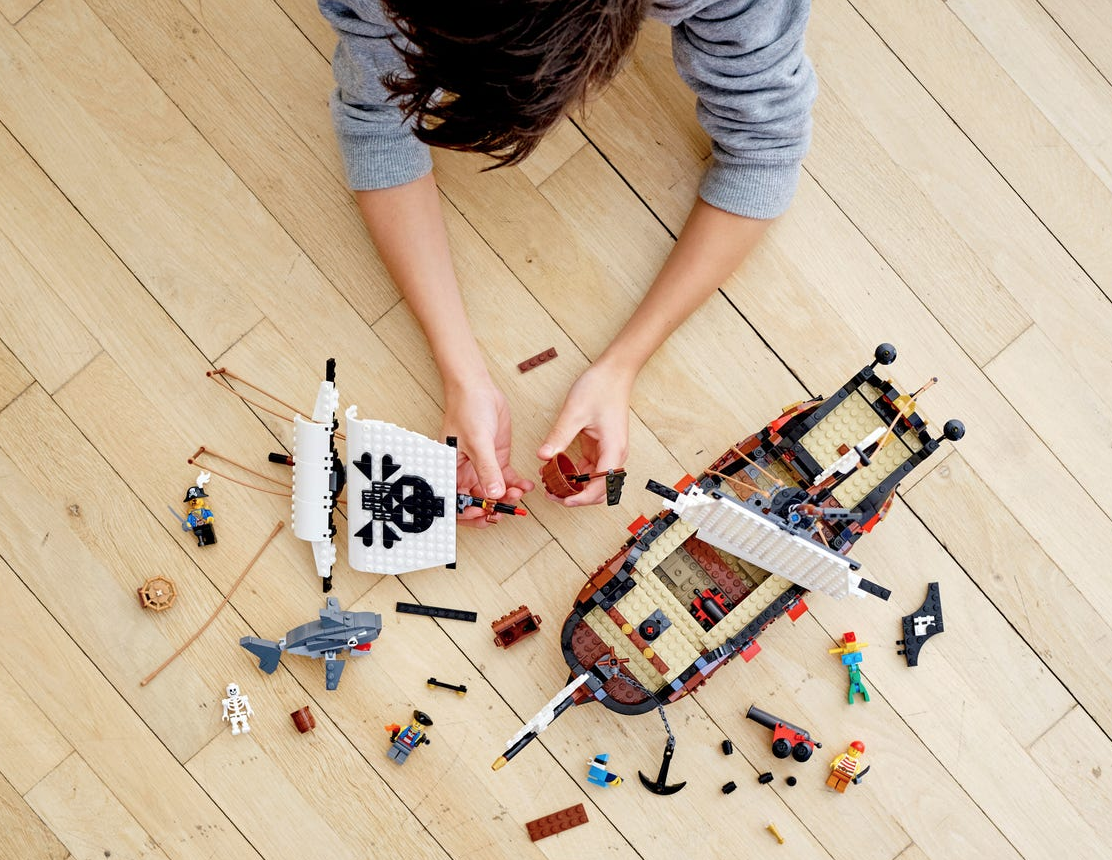 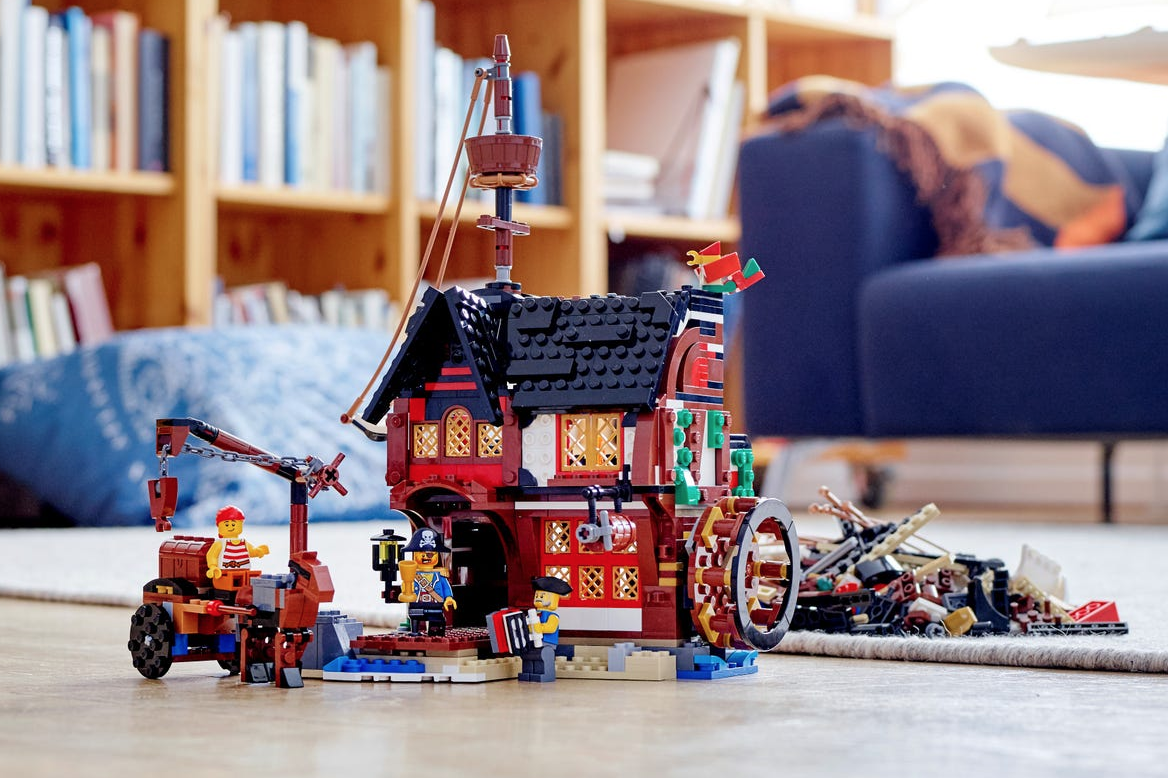 This set gives 3 options for building: A LEGO® Creator 3in1 Pirate Ship (31109), Pirates’ Inn or Skull Island, to play with solo or combine with other sets. The set also has 3 minifigures for extra play possibilities....Read more

The high seas are calling! Swashbuckling adventures await pirate fans in the LEGO® Creator 3in1 Pirate Ship (31109) toy. This awesome, detailed set features a pirate ship with moving sails, cannons and a cabin with opening roof and sides, 3 minifigures, buildable figures including a shark and a parrot, plus lots of other brick-built details and cool accessories to jump-start play.

Freedom to create and imagine
At least 3 different build-and-play experiences are possible with this LEGO Creator 3in1 toy set. Kids can build a Pirate Ship, then rebuild it into the Pirates’ Inn or a creepy Skull Island. Or they can let their creativity loose and design something new.