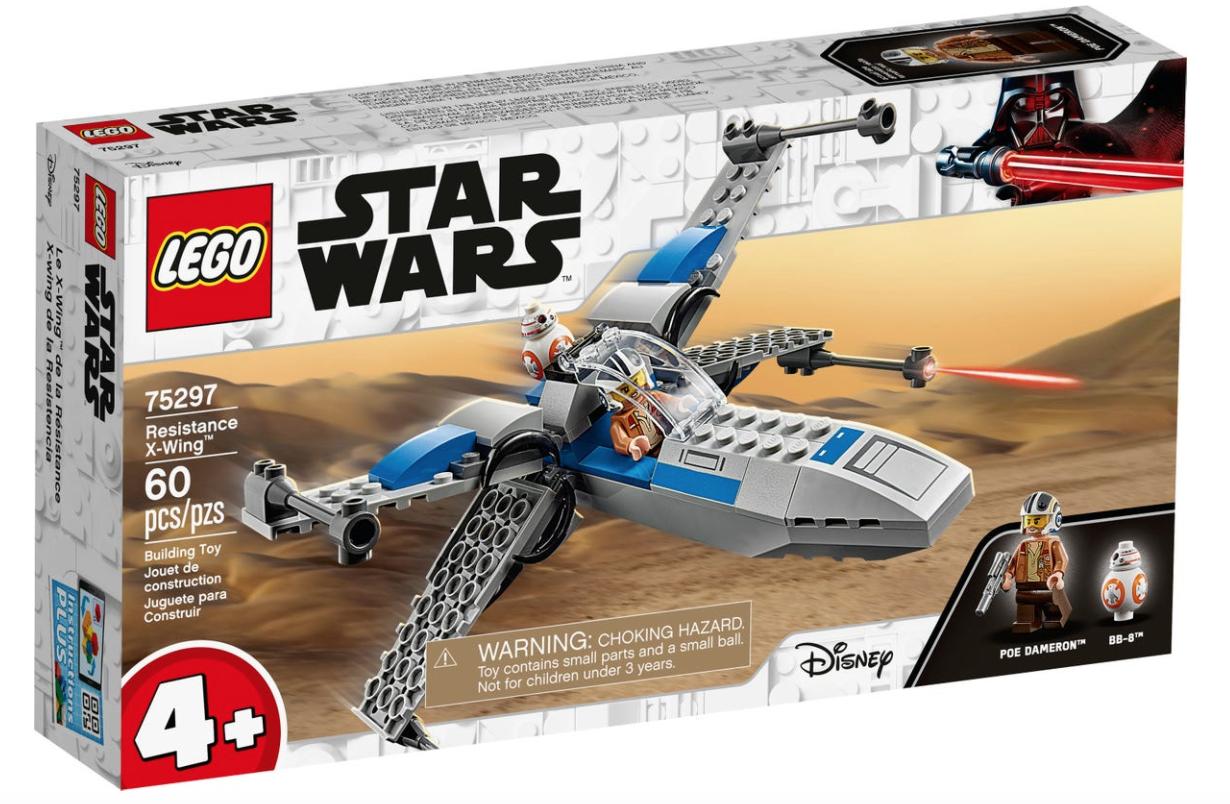 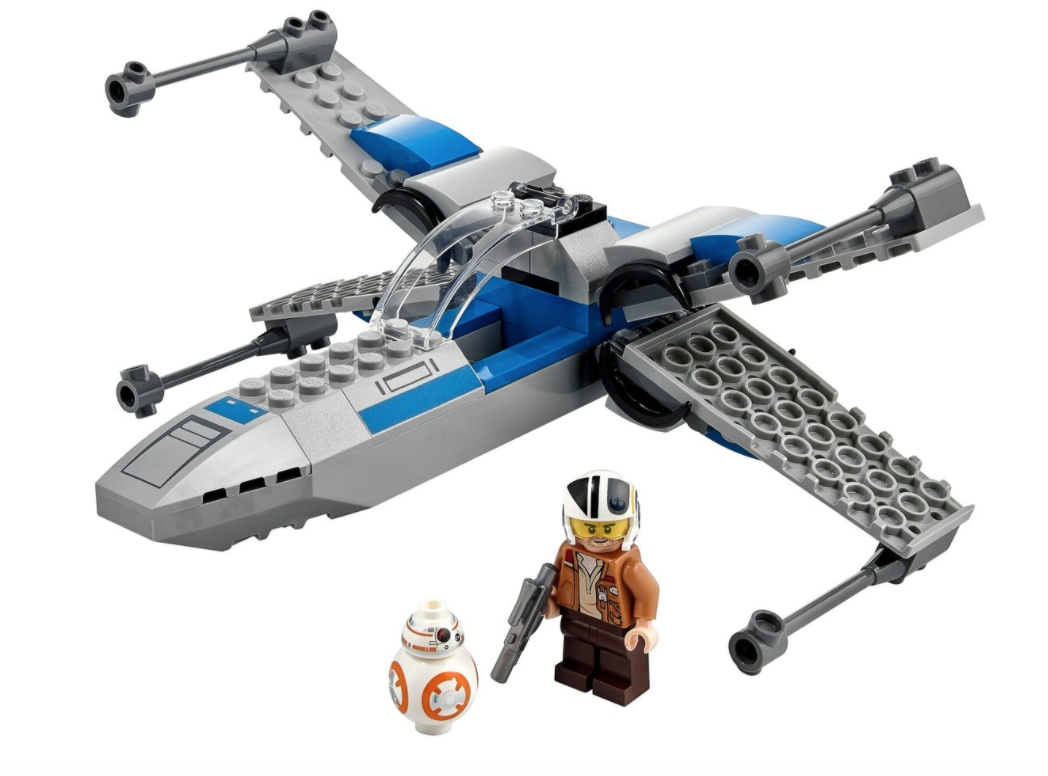 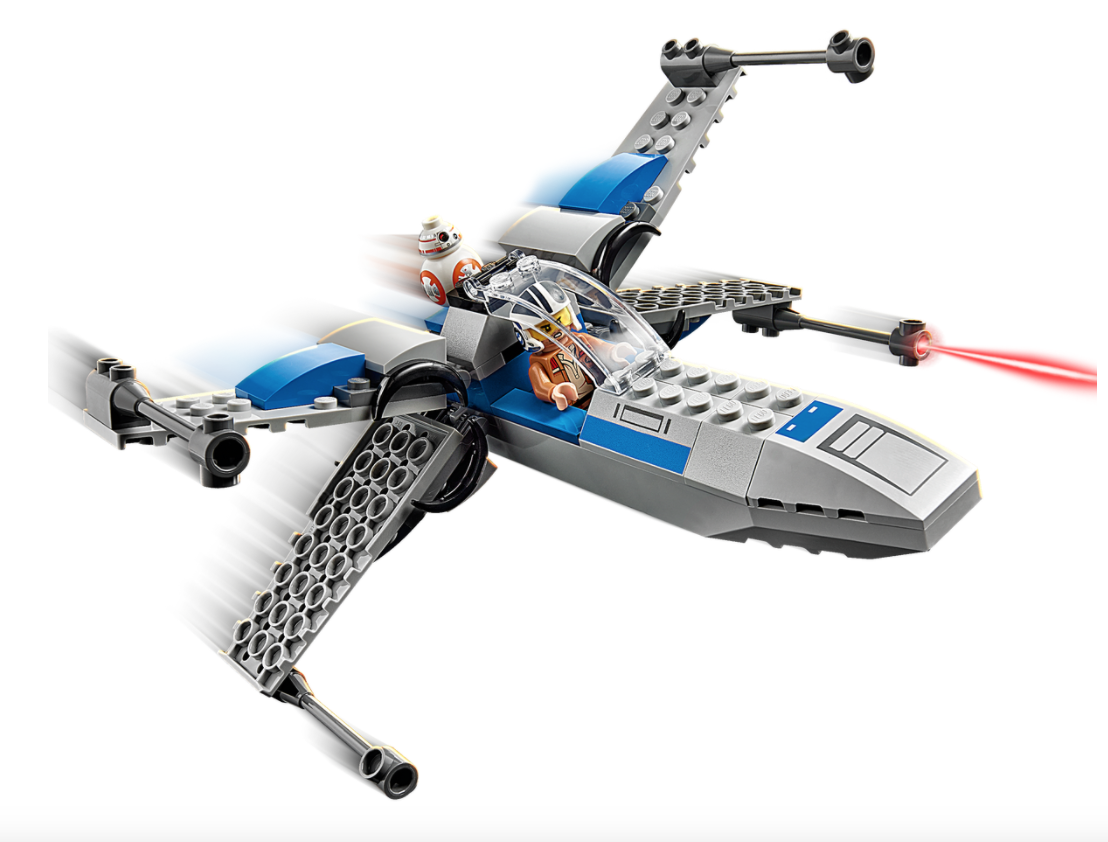 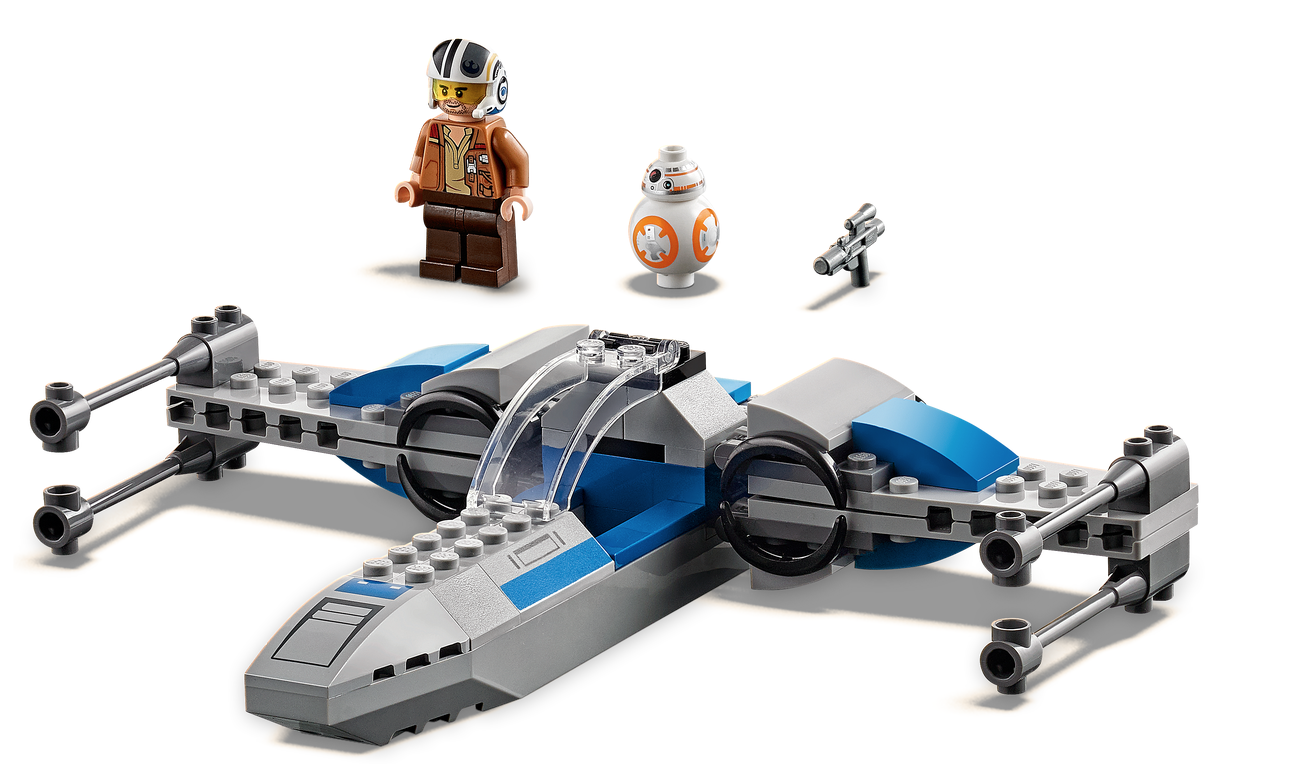 Let youngsters learn to build and role-play with this LEGO® Star Wars™ Resistance X-wing (75297) for ages 4 and up. A simple-to-build version of the starfighter from Star Wars: The Force Awakens, this awesome building toy has wings that fold out for flight and in for landing. The Poe Dameron LEGO minifigure, which comes with a blaster pistol, fits in the X-wing's opening cockpit and there is space behind for the BB-8 droid LEGO figure.