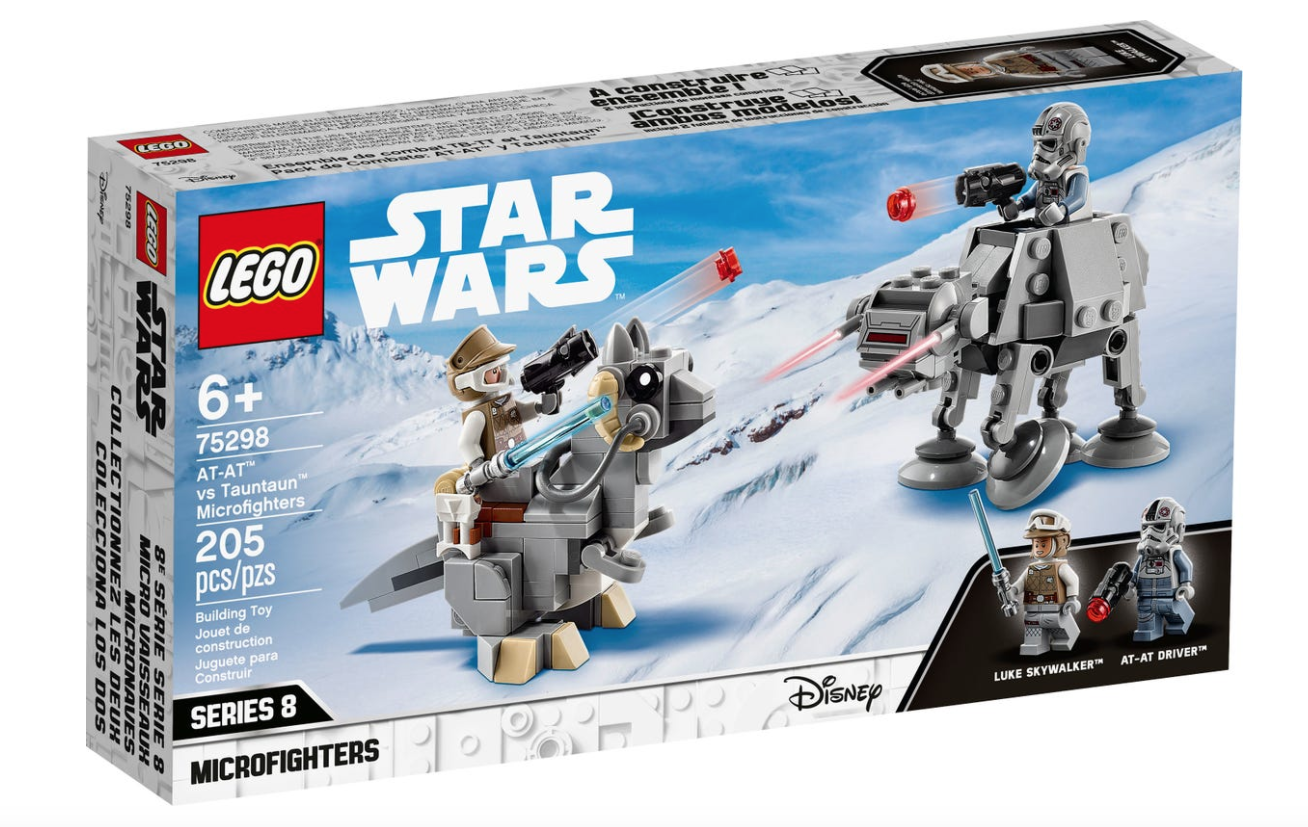 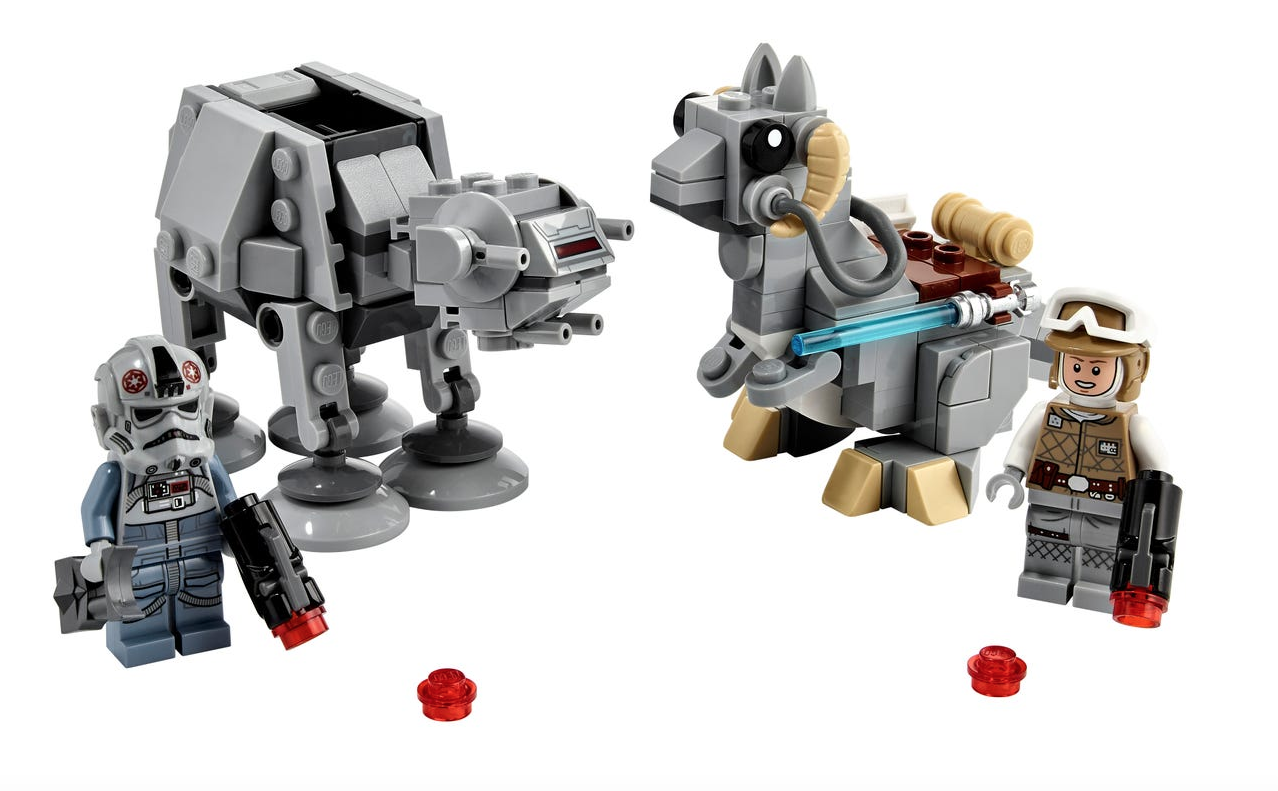 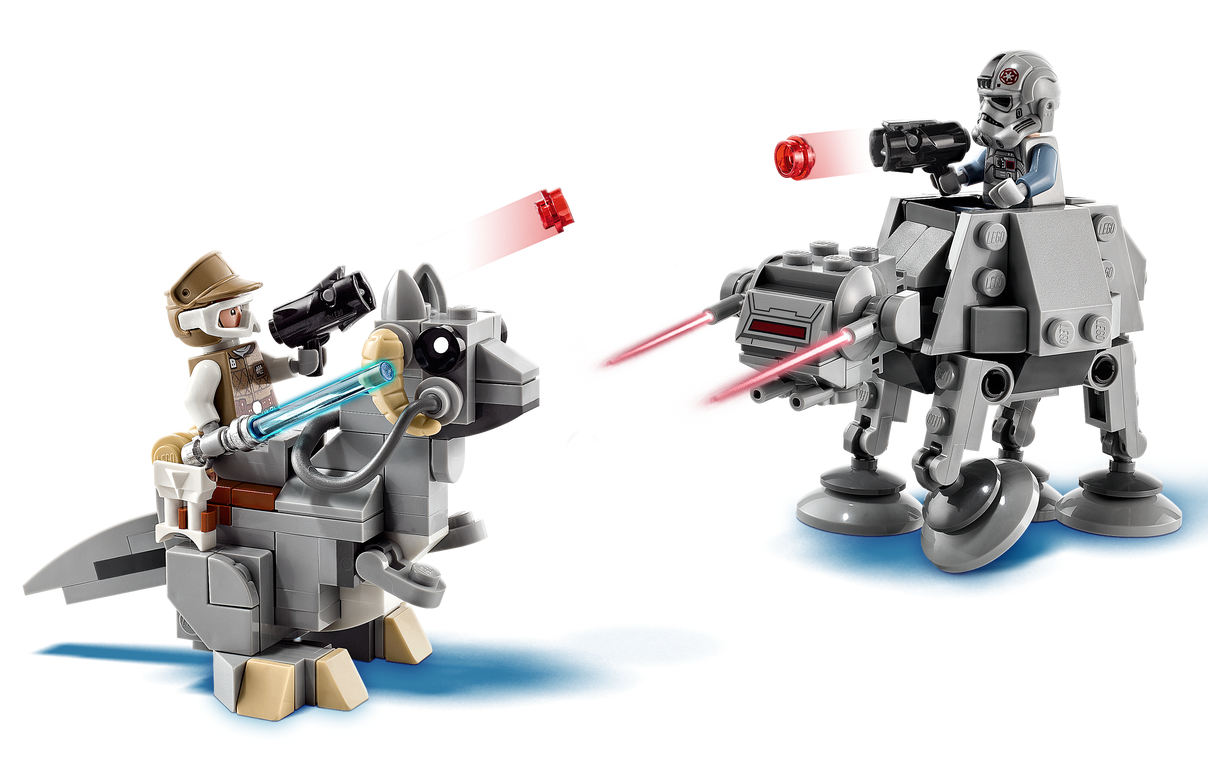 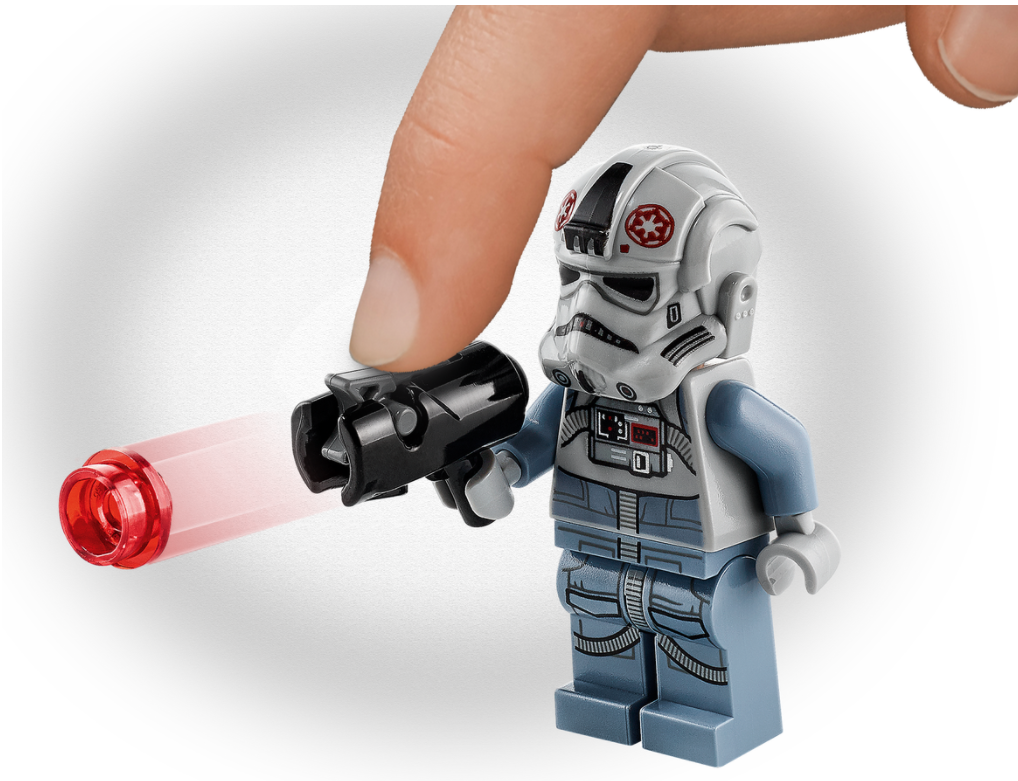 Inspire young children to reimagine the Battle of Hoth from Star Wars: The Empire Strikes Back and play out their own stories with this AT-AT vs. Tauntaun Microfighters building set. It features a quick-to-build, posable AT-AT Walker and Tauntaun construction models for the 2 LEGO® minifigures to sit on.

Role-play fun
The Luke Skywalker and AT-AT Driver LEGO minifigures each have a stud shooter and an electrobinoculars element, and Luke also has a lightsaber for battle play. This fun, creative set comes with clear instructions so even LEGO beginners can build with Jedi-like confidence, and it combines perfectly with the Millennium Falcon Microfighter (75295).