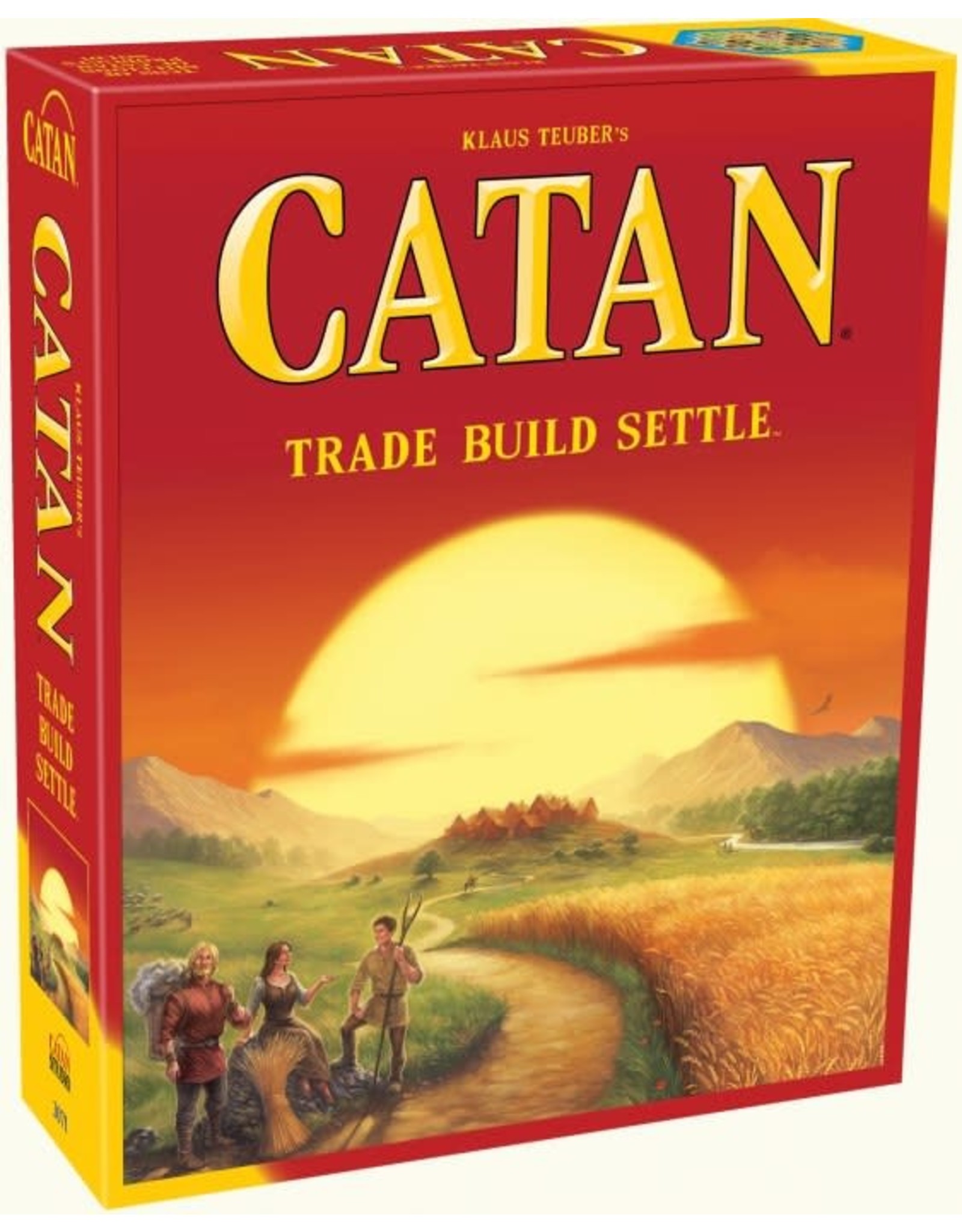 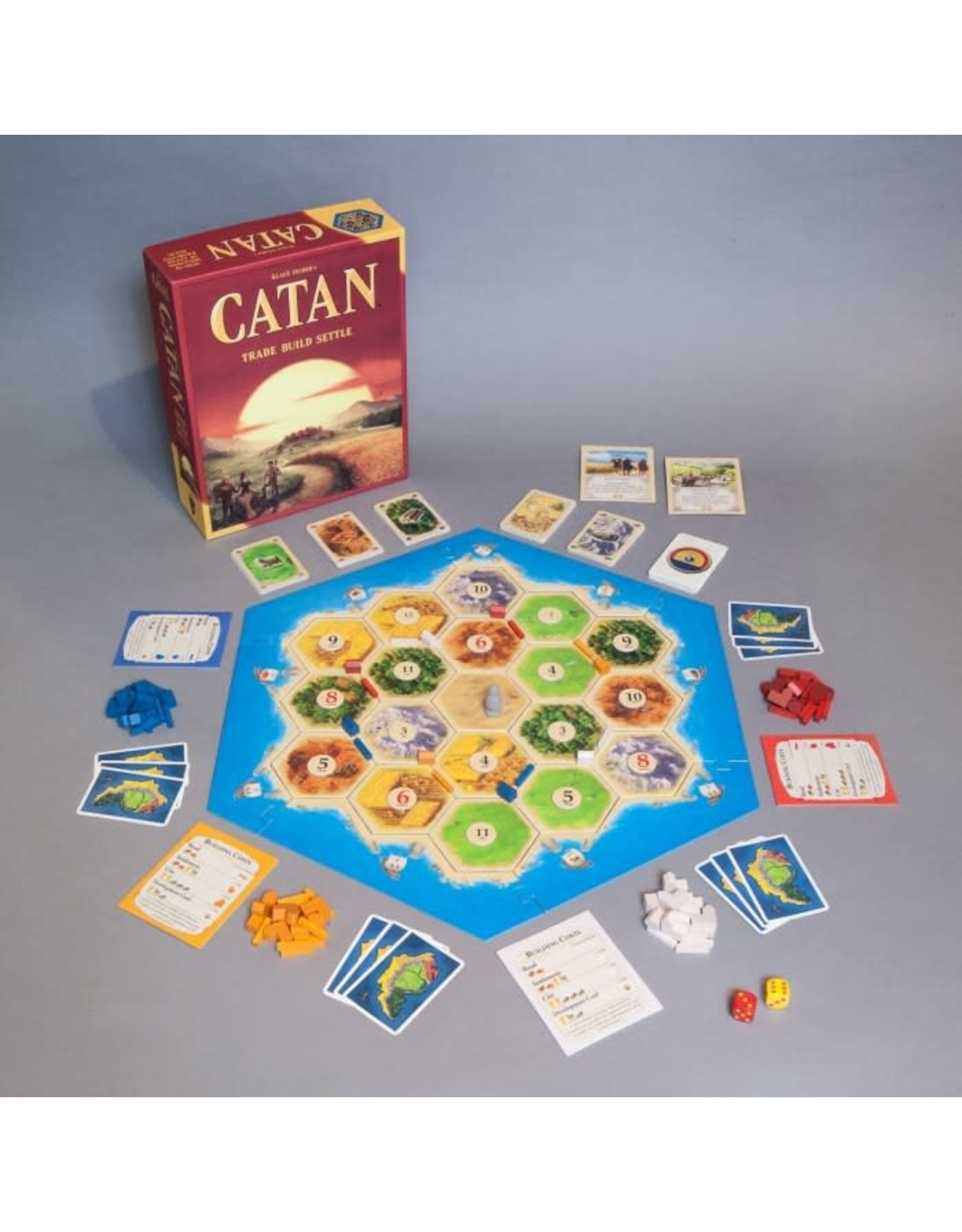 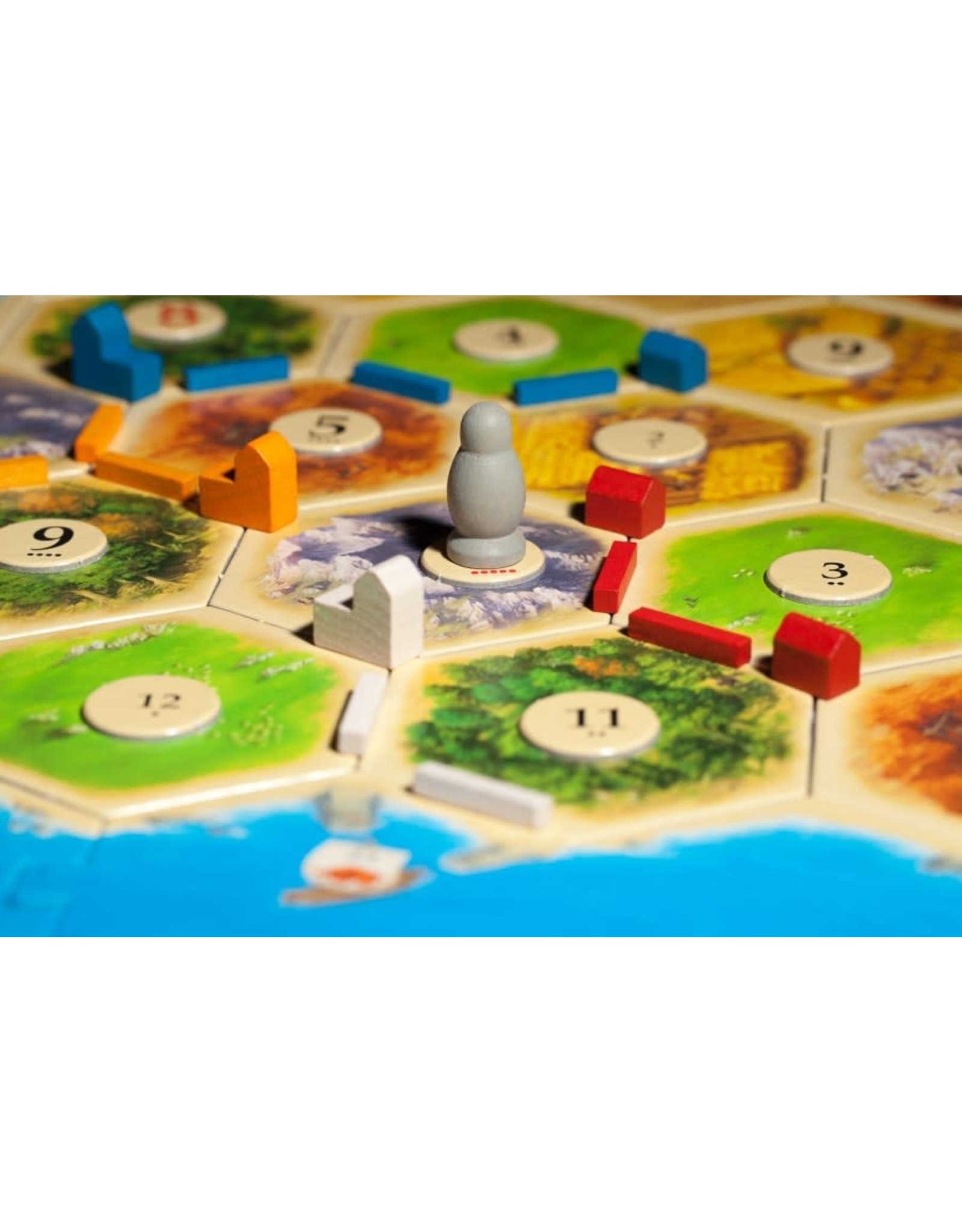 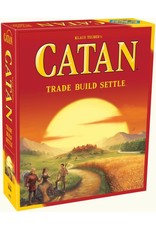 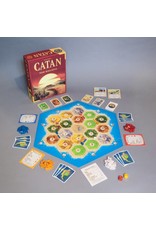 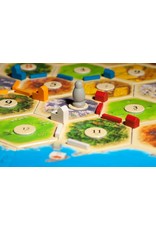 Picture yourself in the era of discoveries: after a long voyage of great deprivation, your ships have finally reached the coast of an uncharted island. Its name shall be Catan! But you are not the only discoverer. Other fearless seafarers have also landed on the shores of Catan: the race to settle the island has begun!

The women and men of your expedition build the first two settlements. Fortunately, the yet uninhabited land is rich in natural resources. You build roads and new settlements that eventually become cities. Will you succeed in gaining supremacy on Catan? Barter trade dominates the scene. Some resources you have in abundance, other resources are scarce. Ore for wool, brick for lumber - you trade according to what is needed for your current building projects. Proceed strategically! If you found your settlements in the right places and skillfully trade your resources, then the odds will be in your favor. But your opponents are smart too.

To begin the game, we build the game board using hexagonal terrain tiles. Catan is born - a beautiful island with mountains, pastures, hills, fields, and forests, surrounded by the sea.

Each of us places two small houses on spaces where three terrain hexes meet. They are our starting settlements.

And so it begins. I roll two dice. An “11”! Each terrain hex is marked with a die roll number. Each player who owns a settlement adjacent to a terrain hex marked with the number rolled receives a resource produced by this hex. Hills produce brick, forests produce lumber, mountains produce ore, fields produce grain, and pastures produce wool.

We use these resources to expand across Catan: we build roads and new settlements, or we upgrade our existing settlements to cities. For example, a road costs 1 brick and 1 lumber. If we do not have the necessary resources, we can acquire them by trading with our opponents. 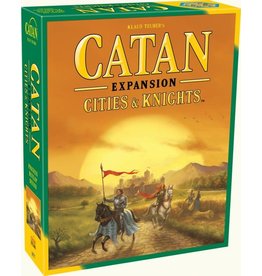 Flourishing trade brings prosperity to Catan. However, all this wealth also attracts barbarians. The knights of Catan are needed! The expansion can also be combined with “CATAN® - Seafarers” and “CATAN® - Traders & Barbarians.” Requires the CATAN® base ga
Settlers of Catan (expansion) Cities & Knights
C$69.99 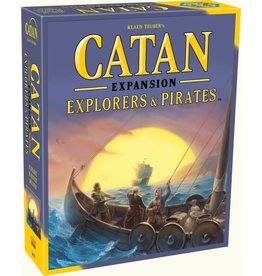 This CATAN® expansion is entirely dedicated to exploration!

Sent out by the Council of Catan, you set out for uncharted areas to build new outposts. The sketchy information available indicates that dangerous pirate lairs, rich fishing grounds, and help
Settlers of Catan Expansion: Explorers and Pirates
C$72.99 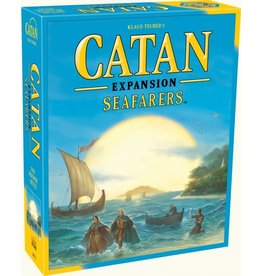 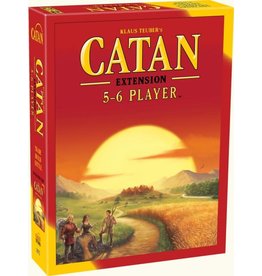 You can settle Catan with up to 6 players.

If you want to play the Catan base game with 5 or 6 players, just add this base game extension.
Add to cart
Settlers of Catan 5 & 6 Player Expansion
C$39.99