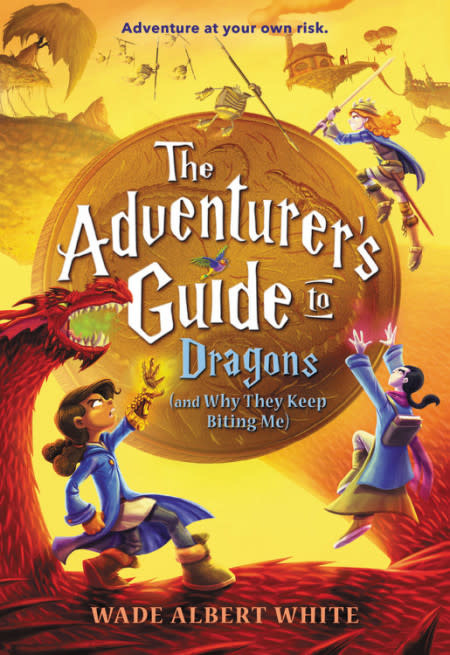 The Adventurer's Guide to Dragons (and Why They Keep Biting Me)

Get ready for dragons, robots, and an even more dangerous quest in this hilarious, unputdownable sequel to The Adventurer’s Guide to Successful Escapes.

Get ready for dragons, robots, and an even more dangerous quest in this hilarious, unputdownable sequel to The Adventurer’s Guide to Successful Escapes.

Anne, Penelope, and Hiro are nominated for Best Illegal Quest That Nearly Destroyed the Entire World at the annual Quest Academy Awards, but they barely get to enjoy it before a strange boy tricks Anne into activating a new quest. Her charge: kill the dragon queen. The problem is, Anne doesn’t want to kill any dragons. But the mysterious boy does, even if it means igniting a devastating war between people and dragons. The only chance Anne and the others have to stop it is to get to the queen first. Along the way, they’ll have to navigate ancient mines, avoid erupting volcanoes, outsmart robots, and survive the dragon trials. And, of course, get a passing grade on their quest. Packed with action, humour, and endless heart, this is a truly irresistible middle grade fantasy tale.

The Adventures of Odysseus