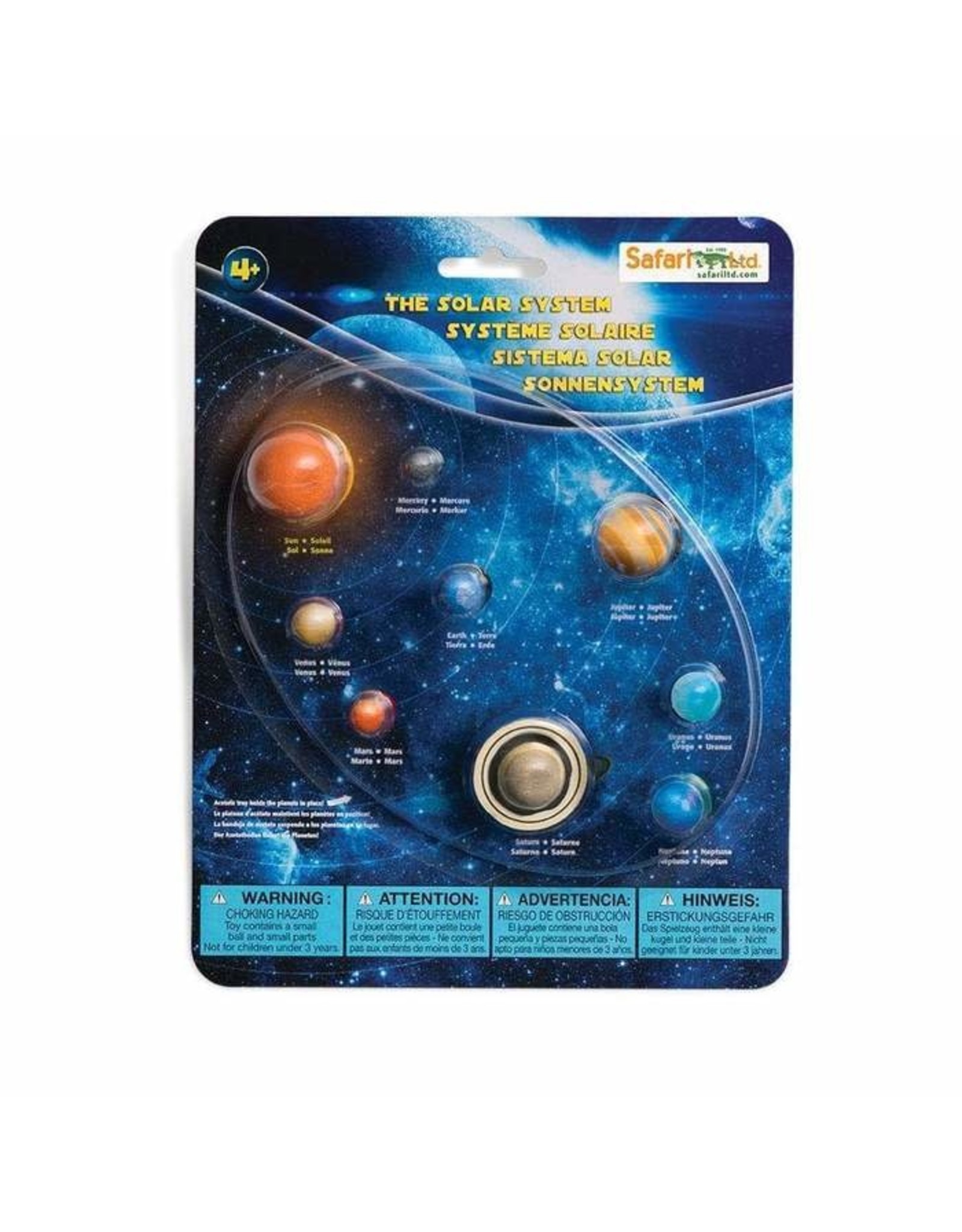 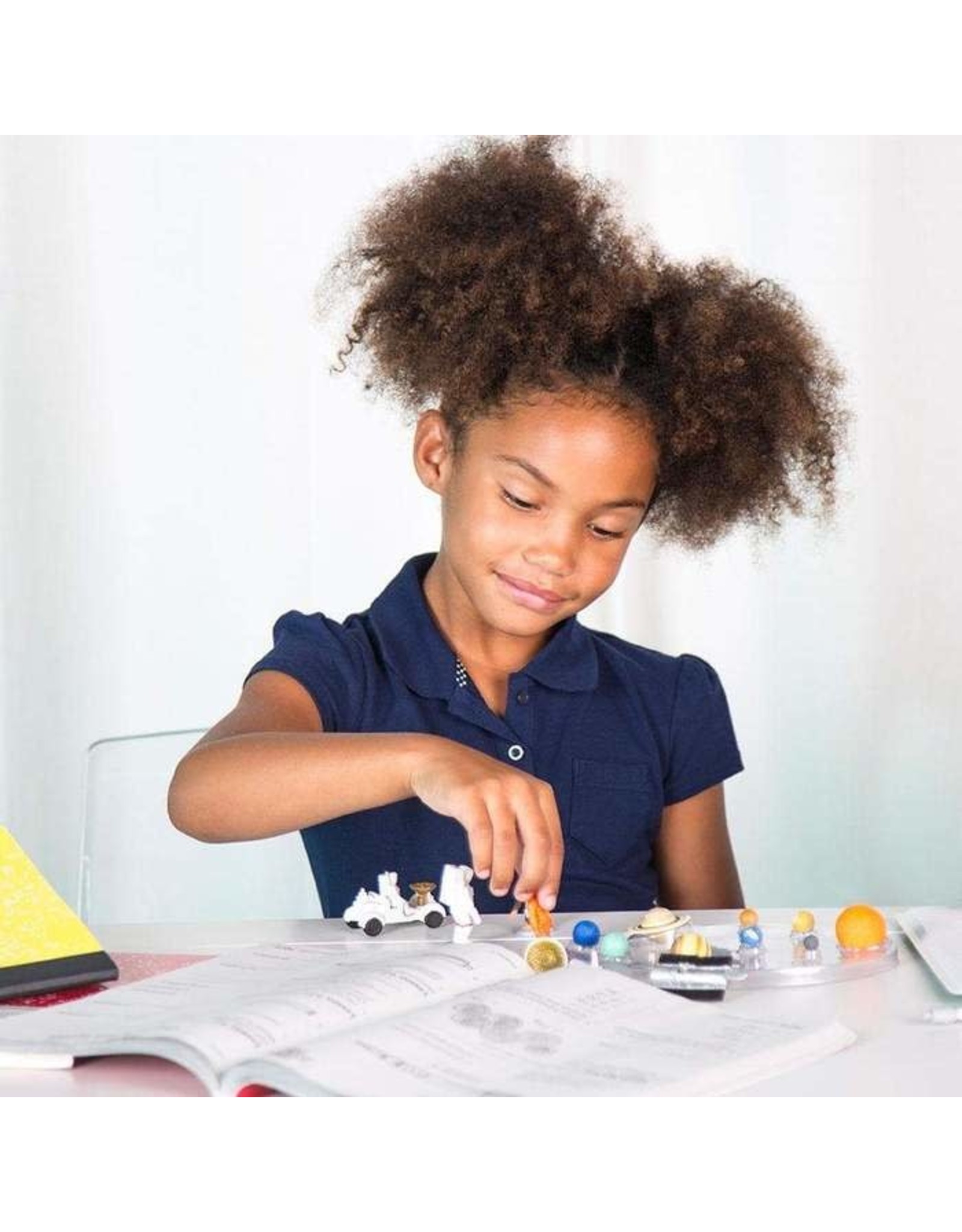 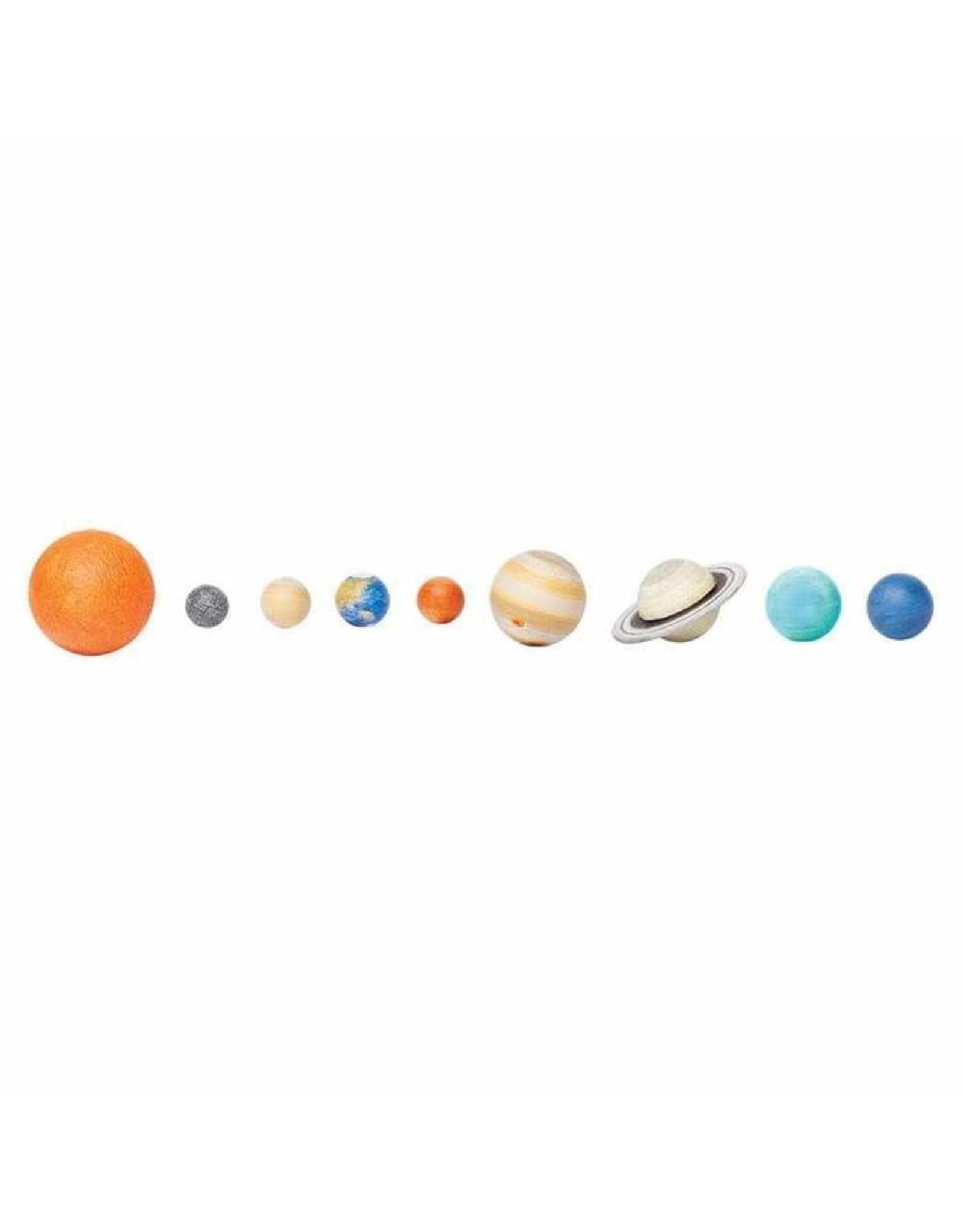 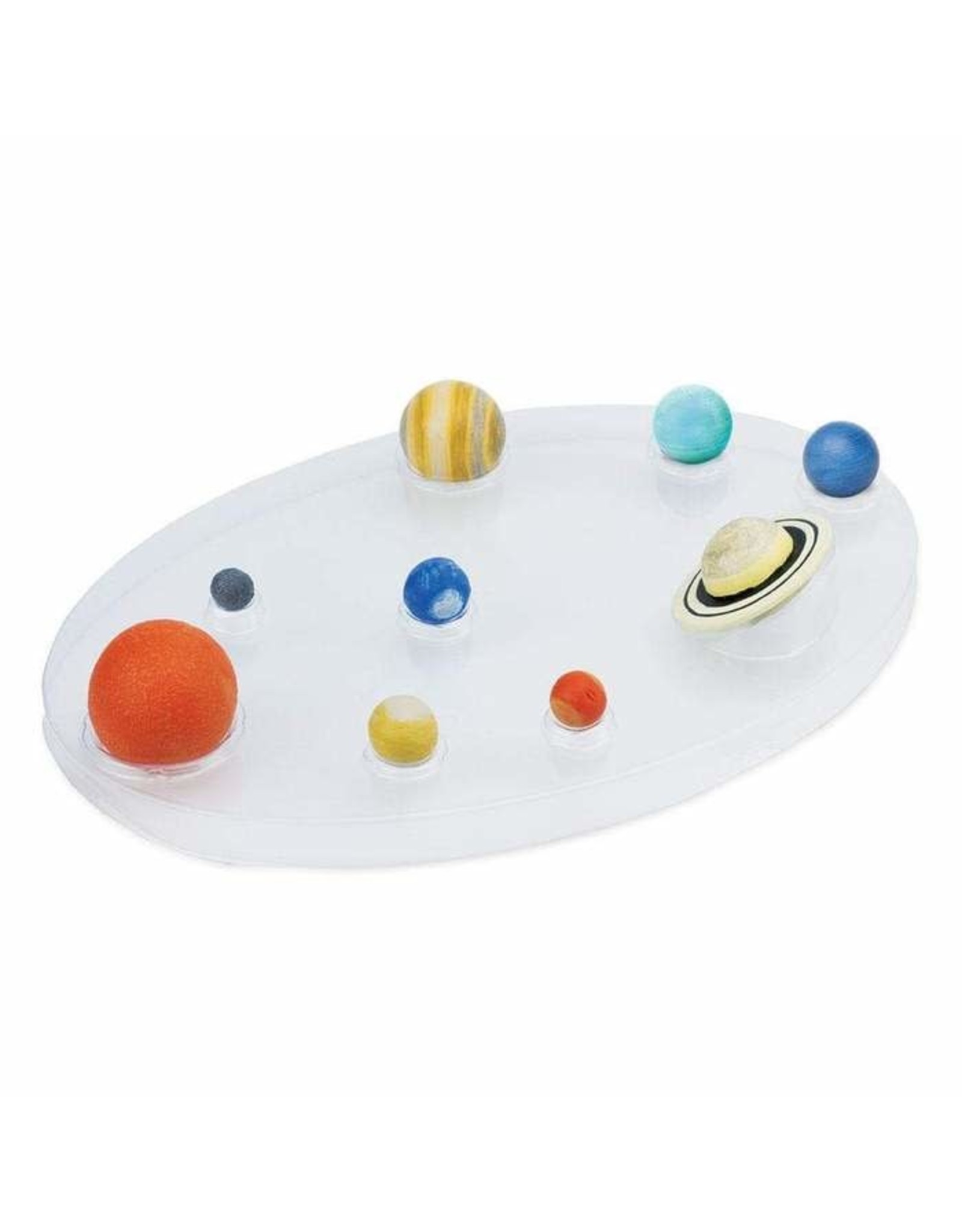 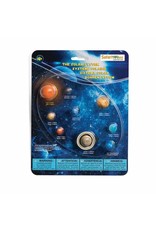 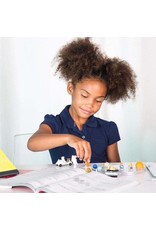 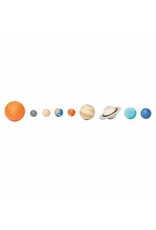 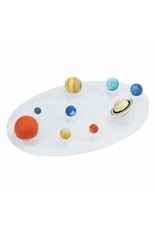 A highly detailed set including the sun and eight planets. Even the most minute details like Jupiter’s storm, Earth’s polar ice, and Saturn’s ring patterns are visible in this set.  These 9 figures can be played with separately or placed in an acetate tray that shows them in their orbits relative to the sun. Size differences between the planets are distinguishable for extra educational value.  From the 1-inch diameter golf ball-sized sun to tiny Mercury, this solar system set displays highly accurate colors and details.

Some History from Safari:

In 1962, after several failed attempts by both the United States and Russia, the Mariner 2 spacecraft reached Venus and sent back valuable data about the planet’s surface. Later in 1962, Russia sent the ship Mars 1 hurtling past Mars, the first such ship to do so. In 1973, Pioneer 10 made history by traveling through the asteroid belt and past Jupiter, eventually leaving the solar system. In 1974, the Mariner 10 unmanned spacecraft flew within range of Mercury, sending back thousands of photos of a cratered, moon-like surface. Launched in 1972, Pioneer 11 made the first flyby of Saturn in 1979. Scientists continued to receive data from Pioneer 11 until 1995! By 1985, Voyager 2 passed by Uranus on a path that took it by all four of the outer planets. Four years later, in 1989, Voyager 2 also become the first craft to fly by Neptune. Voyager 2 returns data still today, although its instruments are expected to lose power by 2025.