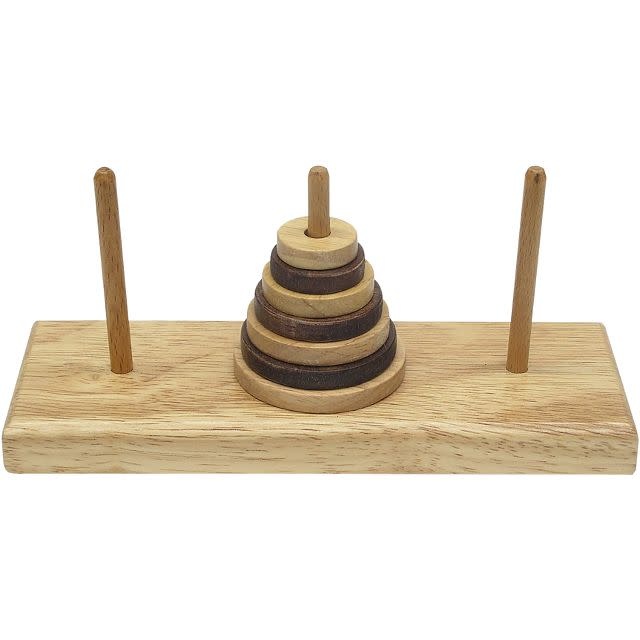 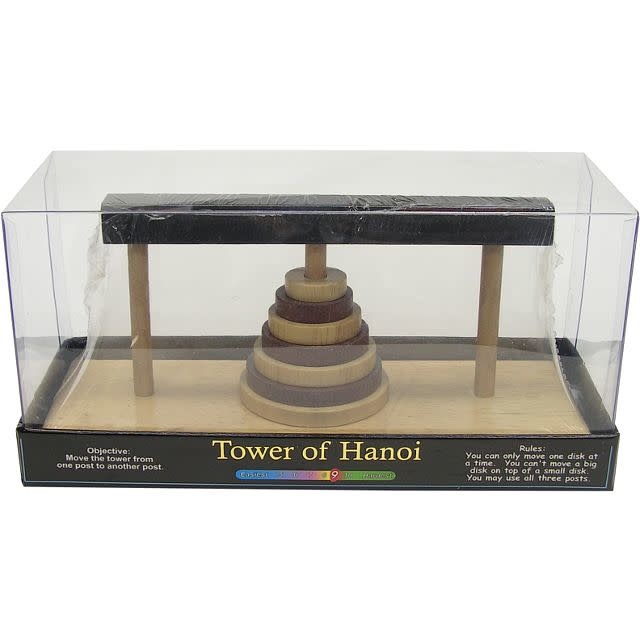 The game called the Towers of Hanoi was invented by the French mathematician Edouard Lucas in 1883 and since then it has been both a popular puzzle and a well-known mathematical problem that is an excellent illustration of the general concept of recursion. This puzzle is known by most mathematicians and a very large number of people who like either puzzles or elementary mathematical problems.

The problem is that you have to move the wooden circles from one to another without placing a larger piece on a smaller piece. Sounds easy enough until you try it.