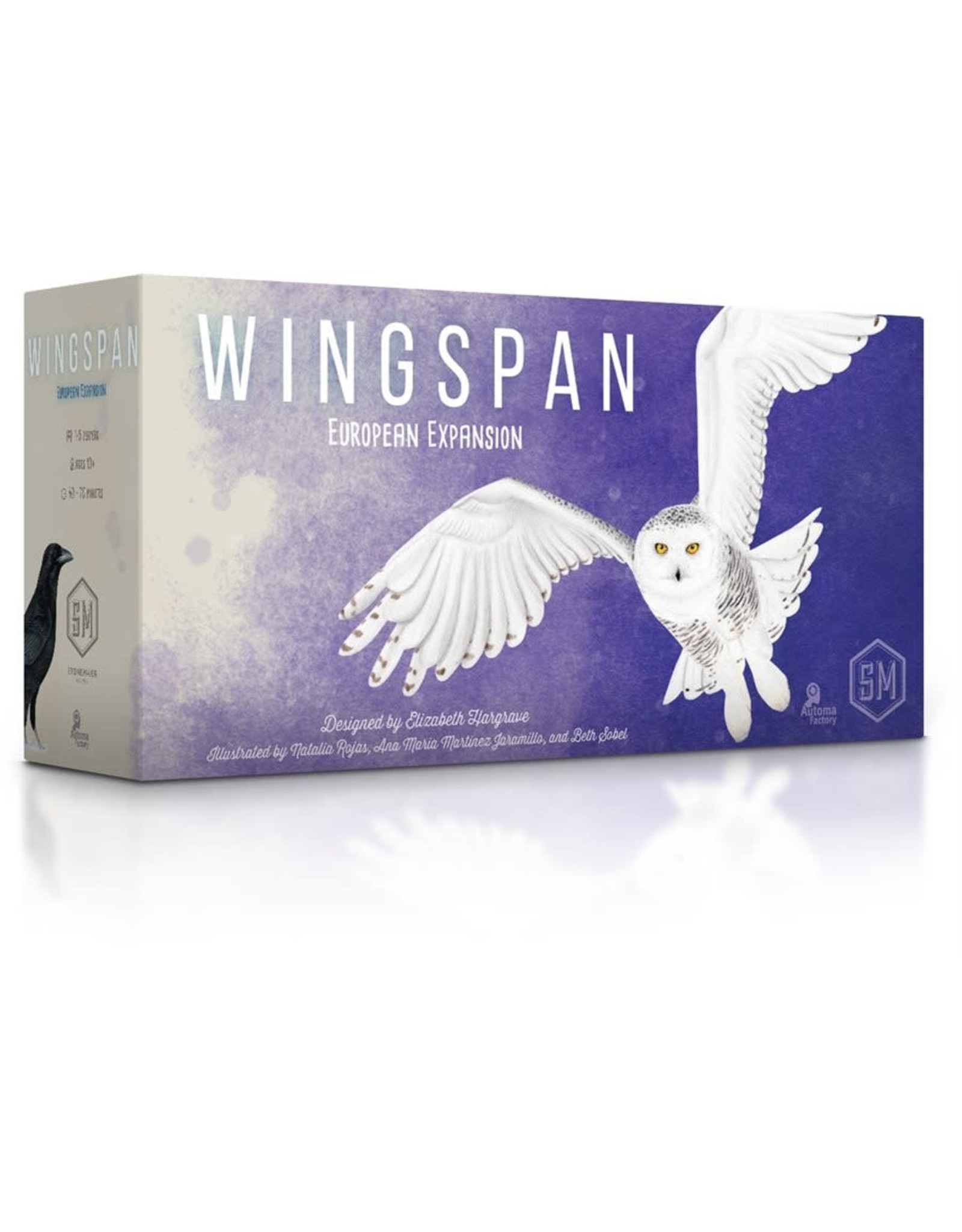 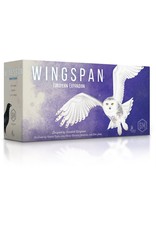 In this first expansion to Wingspan, the scope of the world increases to include the regal, beautiful, and varied birds of Europe.

These birds feature a variety of new abilities, including a number of birds with round end abilities, abilities that increase interaction between players, and birds that benefit from excess cards/food.

The new cards are also designed to be shuffled into the original decks of cards (and cards from future expansions).

The European Expansion also includes an additional tray for storing the growing collection of birds (past, present, and future), as well as 15 purple eggs, extra food tokens, and a colourful new score pad designed for both multi-player and single-player scoring.

*this is an expansion, the original game, Wingspan is required to play* 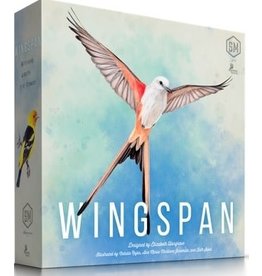 Wingspan is a competitive, medium-weight, card-driven, engine-building board game from designer Elizabeth Hargrave and Stonemaier Games. It is the winner of the prestigious 2019 Kennerspiel des Jahres award. 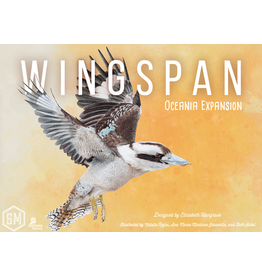 In this second expansion to Wingspan, we feature the colourful and awe-inspiring birds of Oceania. The Oceania bird cards are designed to be shuffled into the bird cards from the base game, with or without other expansions.
This expansion includes new pl
Wingspan Oceania Expansion
C$32.99