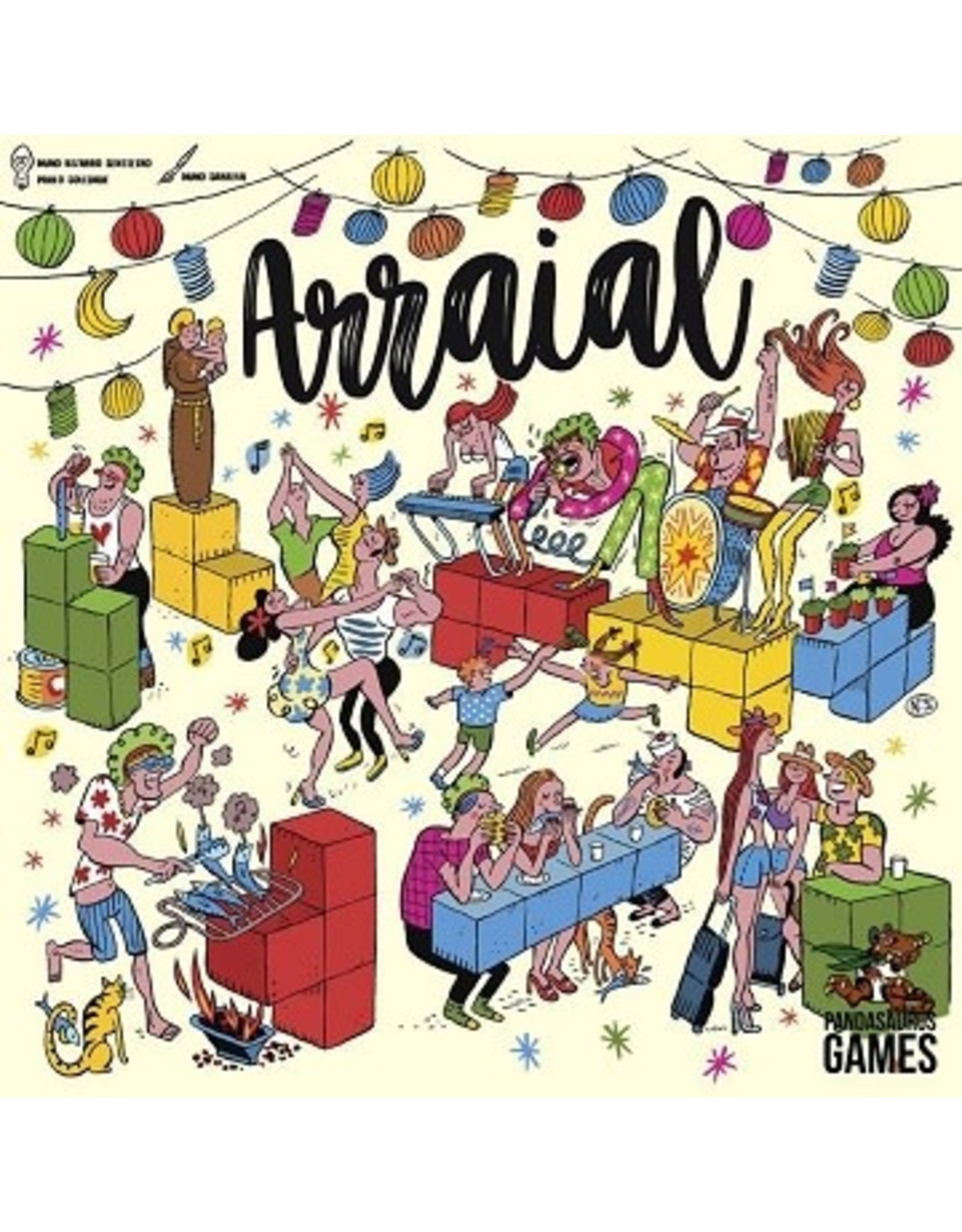 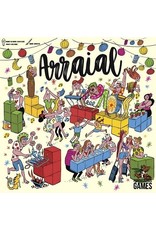 "Arraial" is the name given to traditional Portuguese summer celebrations during which people take to the streets eating, drinking, and having fun in the old neighbourhoods that are bedecked with arches, colourful balloons, popular music, and the aroma of sweet basil.

In the game Arraial, players try to make their neighbourhood traditional event the most popular by attracting visitors to their celebration. Grab the most beautiful decorations, hire the most inspired performers, serve the most traditional delicacies, take to the streets, and host the party of the year.

Arraial is a fast-paced tile-laying game in which players take turns placing tiles in their neighbourhood in Tetris-like patterns that fit perfectly with the previous placed tiles, trying to create a diverse party and compete to attract visitors to their neighbourhood. The unique rotating central board means your position at the table will have an impact on gameplay. 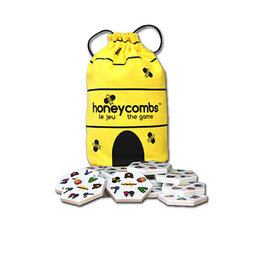 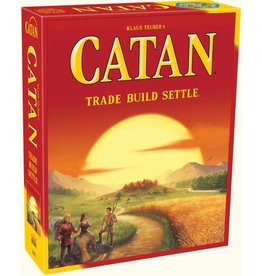 A constant best seller at Owls Hollow! Picture yourself in the era of discoveries: after a long voyage of great deprivation, your ships have finally reached the coast of an uncharted island. Its name shall be Catan! But you are not the only discoverer. O
Add to cart
Settlers of Catan Main Game
C$59.99 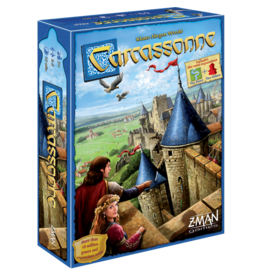 Best Seller at Owls Hollow! Develop the landscape of a medieval fortress city one tile at a time in this classic tile-laying game.
Add to cart
Carcassonne - Main Game
C$49.99 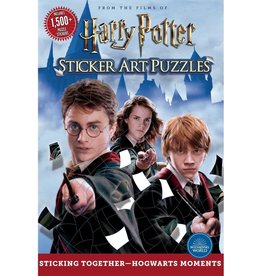 Harry Potter fans of all ages will enjoy these fifteen sticker-puzzle challenges!

Follow Harry, Hermione, Ron, and your favorite wizards through the halls of Hogwarts and learn what it takes to be a hero. Each sticker puzzle spread features a signature
Harry Potter Sticker Art Puzzles
C$21.99